One-of-a-kind. In November, 2014, I was contacted by Jean Bertschmann, acting Chairman of the Hopkinton 300th Anniversary Celebration Committee. She asked me if I would be interested in designing and building a bench that would contain a time capsule in the seat, and be permanently located in the soon to be renovated Hopkinton Public Library. It was indeed an honor, and a privilege, to be invited to do this. I suggested the possibility of using locally cut wood for the project which the committee agreed to.

Originally, we had hoped to use spalted maple from a tree that Joe Regan, owner of Joe Regan Tree Works, Inc. had felled in the Mt. Auburn Cemetery, in Hopkinton. Unfortunately, after milling the log it became apparent that the wood was infested with active borers, bugs. We decided instead to use cherry that Joe had felled and milled in 2011, also in Hopkinton. The wood had been air drying in my barn since December, 2011.

In May, 2015, I submitted a drawing, and a full size model of the bench’s arm and leg assembly, to the committee, which approved the design. We also discussed laser engraving the town seal into the crest rail of the bench. This was also approved. By June, 2015, the moisture content of the cherry had reached an acceptable level, and was ready to “work”.

Housed in the seat of the bench are three, custom made, stainless steel boxes that contain the time capsule contents. The boxes were fabricated by a friend of committee member Chris Alicandro. The boxes are held in place with removable panels and tamper proof screws. Two of the boxes will be opened in 2065, and one will be opened in 2115. The bench was unveiled at the Hopkinton 300th Anniversary Closing Ceremony on December 11, 2015. 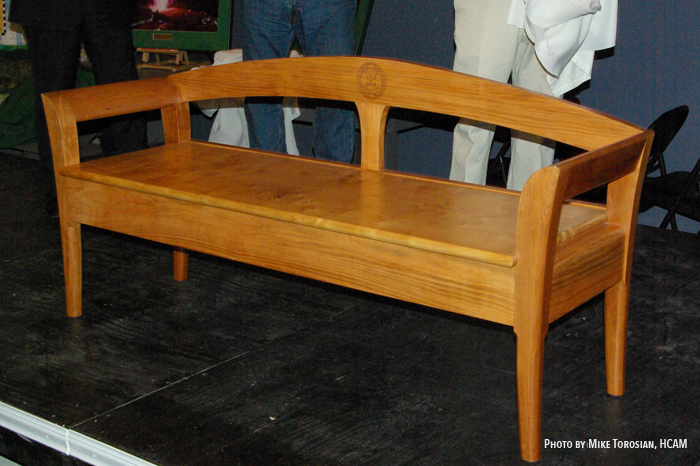 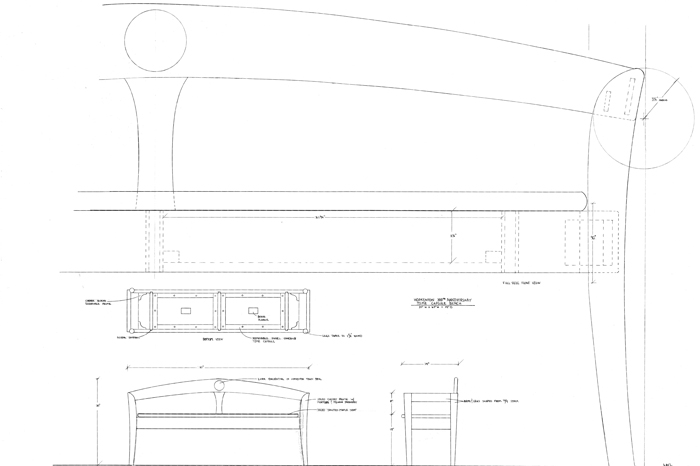 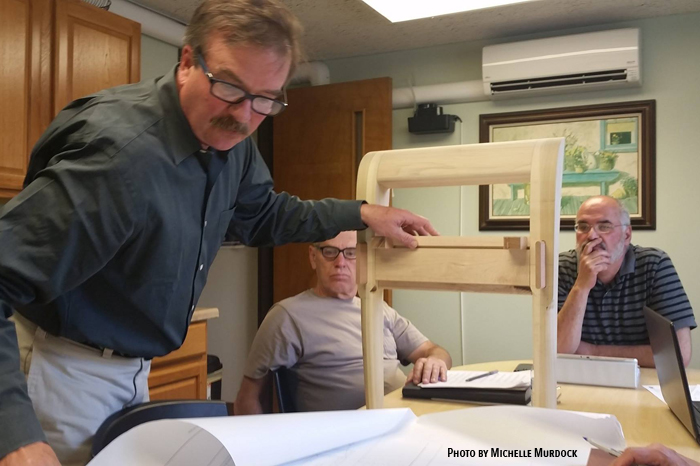 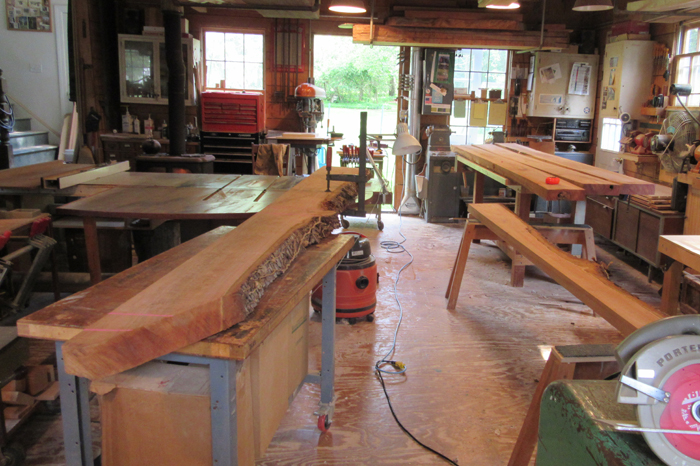 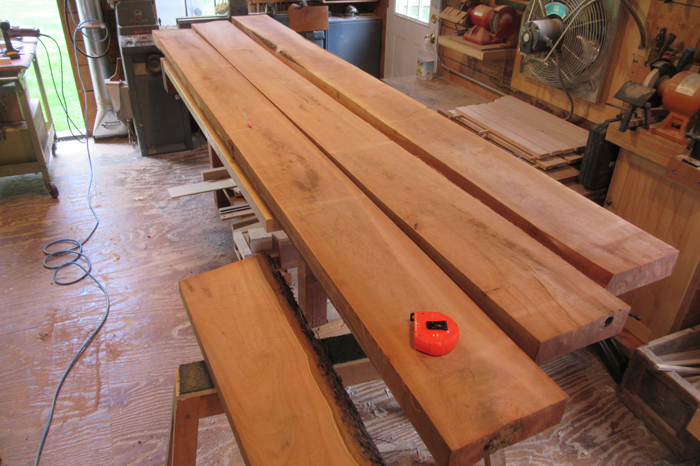 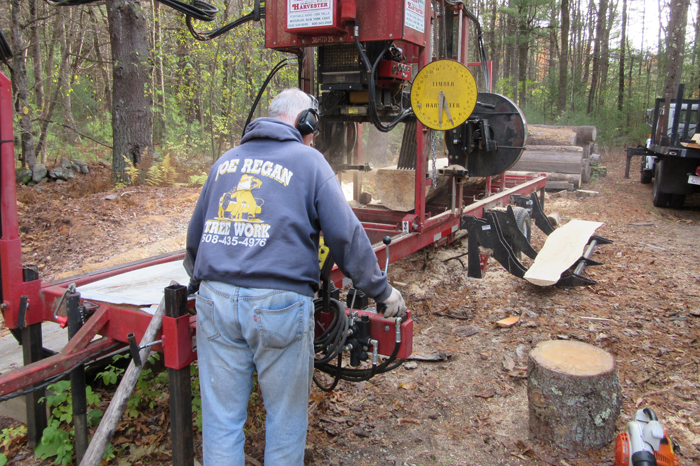 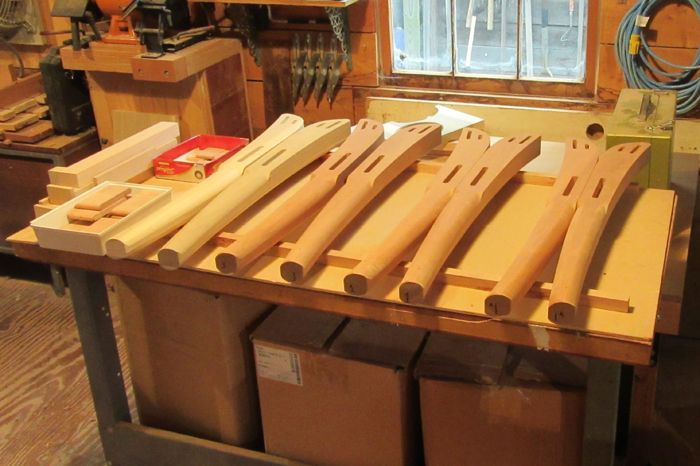 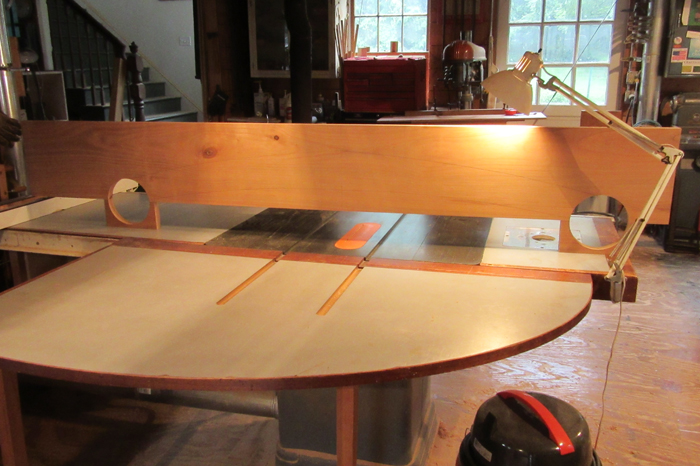 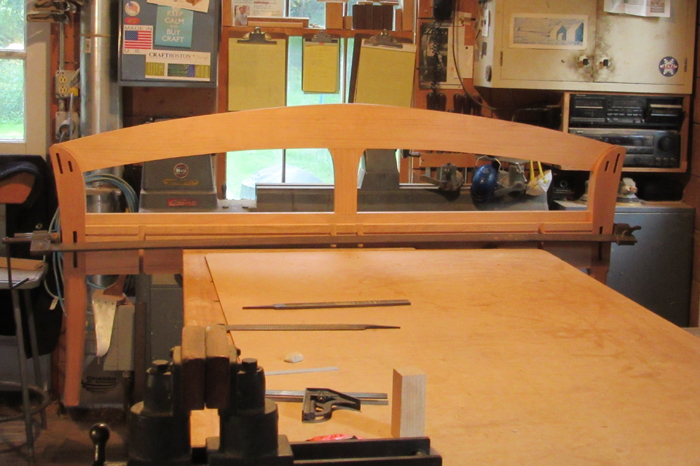 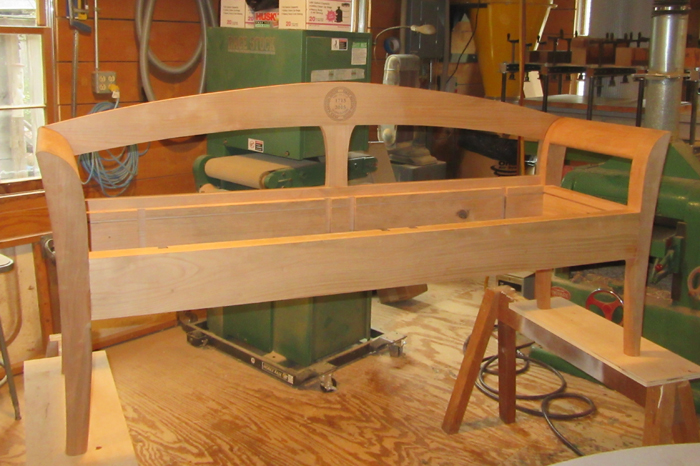 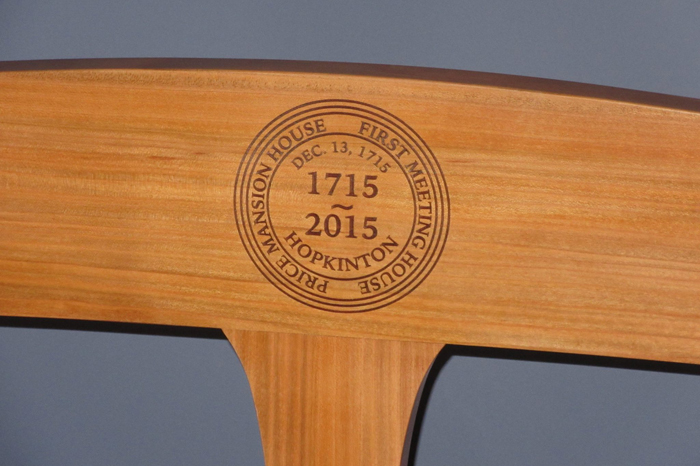 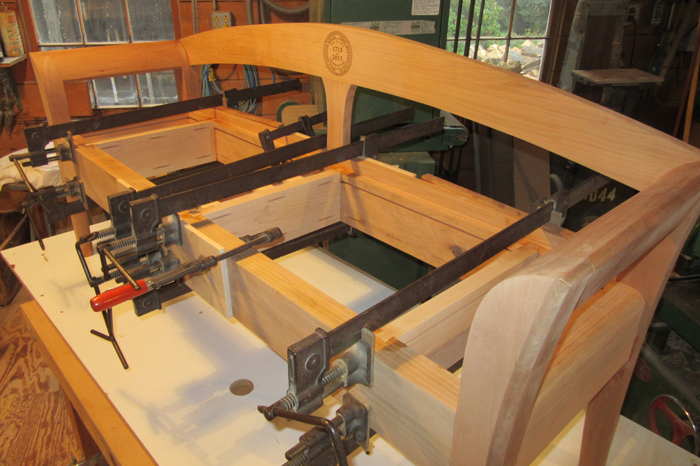 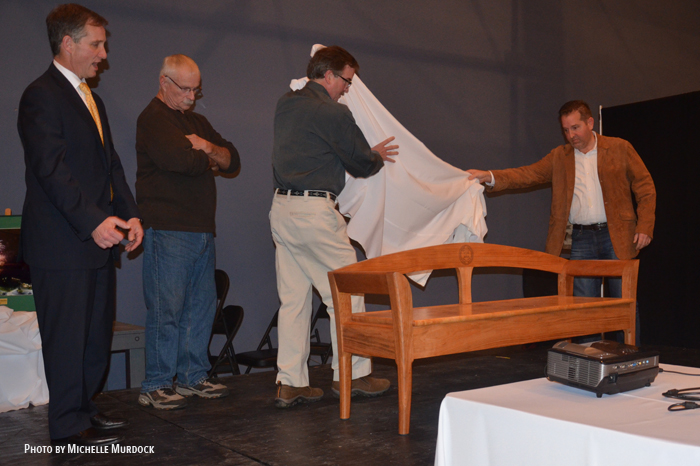 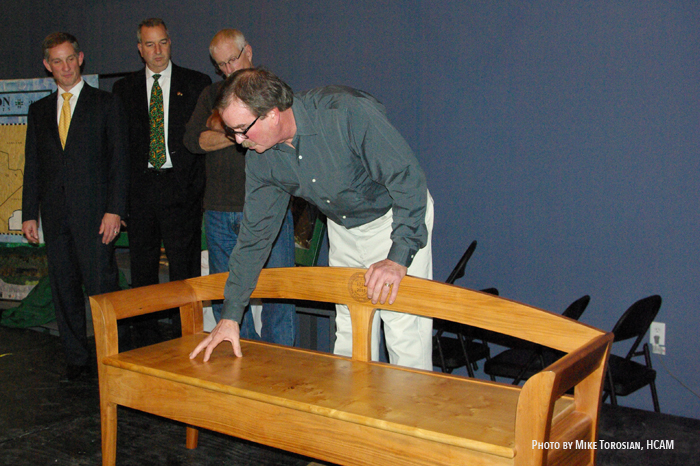 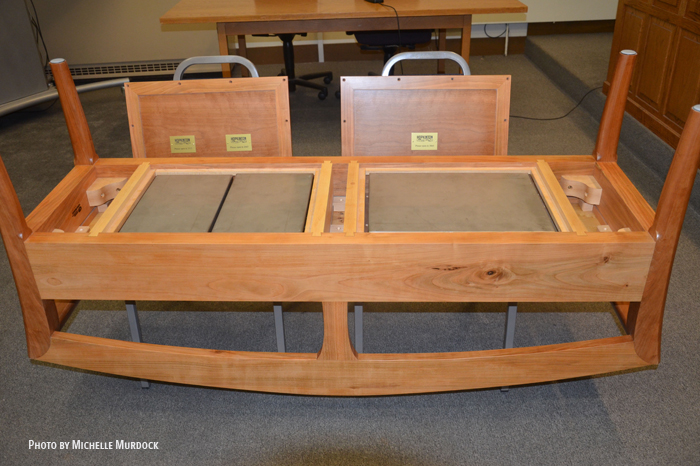